Farmers are set to lose financial support for solar panels positioned in fields. The change is due to come into effect in January 2015 and it will mean that farmers who use fields to generate solar power will not be eligible for any farm subsidy payment through the Common Agricultural Policy. 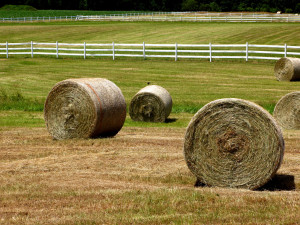 Environment secretary Elizabeth Truss engineered the changes to regulations because she thinks that solar panels have “blighted” the countryside and claims that British food production has slowed due to farmers taking an interest in solar panels.

But there is a real danger here that Truss has completely misunderstood how British solar farms operate, at least that is what farmers are suggesting. This is because the vast majority of British solar farms continue to produce food through co-locating solar panels and livestock, including sheep, chickens and geese. They say that having diverse means of income has enabled many farmers to stay afloat in times of financial crisis, and that therefore the solar panel subsidy has been helpful for British food production.

It also makes little sense that we should prioritise British food production over British energy production, as currently we have to import both from abroad. By scrapping the subsidy, Truss has removed a fantastic opportunity for farmers to be doubly productive and supply the country with two valuable resources, meat and energy, by using just one field.

Farmers haven’t slowed food production, some have simply changed from crops to livestock, a move that has had unexpected environmental benefits. Less crops means less pesticides, and farmers using solar panels reporting an increase in biodiversity. Not only that, but in fields set aside for solar panels the soil quality has a chance to recover from intensive farming. The solar trade association’s suggestion is a good one: the most fertile land should be used for crops, whilst the less fertile land can be used to graze sheep, chicken or geese and simultaneously produce solar power.

When challenged to give evidence to support the view that British food production was slowing as a result of solar panels, the Department for Environment Food and Rural Affairs failed to respond.

There are a lot of difficult questions that need to be considered. Why is the government targeting farmers and renewable energy? If Truss is really concerned about the productivity of the British countryside, then why hasn’t she looked at the 660,000 acres of private golf courses, which produce neither food nor energy and take up over ten times more space than all of the nation’s solar farms put together? And why is Elizabeth Truss, a former Shell employee and longstanding opponent of renewable energy, acting as the country’s primary decision-maker on environmental issues in the first place?

The proposed subsidy changes will affect farmer’s fields, but not their barns. Business savvy farmers are looking to take advantage of large barn roofs and secure themselves a healthy return on investment.

Barns with large rooftops are an excellent place to install mid-sized and larger solar panel systems. On a typical large barn, it is possible to install a 35 kW system consisting of around 116 310W panels. This is enough to produce a sizable income through energy export and repay the initial cost of investment reasonably quickly. If this kind of system were installed on a factory roof, then the business would benefit both from massive energy bill savings and the Feed-in Tariff scheme.

Interested to know what your return on investment would be for solar panels mounted on your barn or farm building? We would be happy to provide an estimate for you.