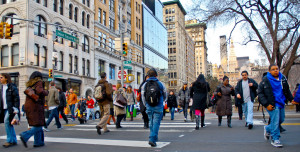 Thanks to a number of cost-effective developments, the British public has a healthy appetite for renewable energy and solar panels in particular. With energy prices rising at the same time that the cost of solar installations are falling, it’s easy to see why renewables are gaining popularity. Add to that technological improvements that make solar panels more efficient than they were even five years ago, and you have a recipe for solar success.

Rising fuel prices is the reason most often cited by Brits who would like to install solar panels, with 89% of adults concerned about potential hikes. The standard tariff bill from one of the big six energy suppliers is £1,265, compared to only £472 ten years ago. If prices continue to rise at the same rate that they have done for the previous five years, that means homeowners could be paying out an eye watering £3,761 by the year 2025. With wages only increasing by 1.3% this year, many will be left feeling the cold at those price points.

Those who invest in solar panels now are secure against the prospect of price rises in the future, as they are able to generate electricity on their very own property. Protecting our planet from the effects of climate change is simply an added bonus.

As a country, we’ve come a long way in terms of our attitude to solar panels. Many myths that have surrounded renewables are being dispelled as people start to listen to the research rather than the rumours. We now know that:

Solar panels keep falling in price, with a typical installation costing as little as £4,500 today, compared to £13,000 in 2010, according to statistics from the Department of Energy and Climate Change. While not everyone can afford solar panels right now, lower prices in the future might allow for further deployment. As we become better informed about the benefits of solar panels as a society, we can make the right decisions when it comes to being energy-secure in our future. Yet unfortunately there are still a majority of people out there unaware of the financial incentives on offer for solar panels.

Those who are concerned about the costs of solar panels might be interested to hear that the government pays consumers for the energy that they generate through solar panels. The government purchases excess electricity produced by homeowners with panels for a fixed price, which is known as the ‘Feed-in Tariff.’ This means that with a typical installation a homeowner can expect to receive a return on their investment of between 5-8% for at least twenty years, according to government figures. If you have great conditions, such as a south-facing roof that is free of shading, then it’s likely that you will see returns in excess of 8%, and we have managed to secure returns of up to 14% on our own solar panel installations right here in Essex.